Improper disposal of unwanted and expired medicine can pose a significant danger to our Northern Michigan’s waters, community, and families. 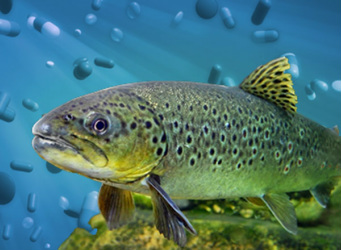 Fish can't say NO to drugs.
﻿Water Resources and Environment

For years, most people have flushed their unused medicines down the toilet or sink. After being flushed or poured down a drain, many medicines pass through sewer and septic systems. Sewage treatment plants and septic systems are not designed to treat all the substances contained in medications. Therefore, most of these chemicals pass through the treatment systems and accumulate in rivers, lakes, groundwater, and even our drinking water. Pharmaceutical contaminants are a steady source of chemical exposure for aquatic species, and affect the quality of the waters we rely upon for drinking and look to for recreation.  This can cause adverse effects in fish and other aquatic wildlife as well as unintentional human exposure to chemicals in the medications.  Keeping prescription and over-the-counter medicines out of the environment is an important way to prevent pollution of our Northern Michigan waters and the Great Lakes. 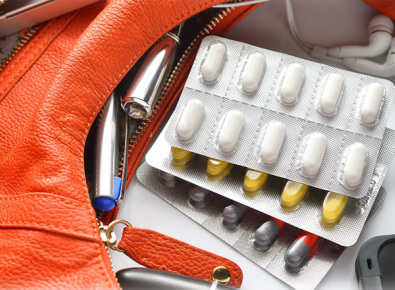 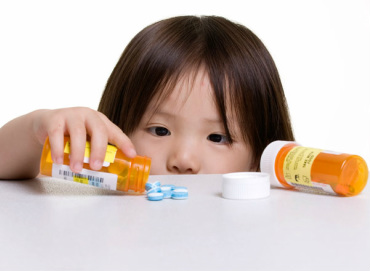 Poisoning deaths, which include drug overdoses from prescription drugs, are the leading cause of injury death in the United States; nearly nine out of ten poisoning deaths are caused by drugs. The risk of accidental poisonings can be increased by storing unwanted medicines in our homes or throwing unwanted medications into the trash.  Even if you no longer have kids in your home and think this really doesn't apply to you, think again. Do your children or grandchildren visit your home or do you have a four-legged friend? Accidental overdose may even result from ingestion or misuse of commonly used medications like pain relievers and cold remedies. Each year there are thousands of calls to poison control and emergency rooms resulting from the unintended consequences associated with accidental poisonings.  Proper disposal of medications can reduce the risk of accidental poisonings and protect children, the elderly, and pets.

The most environmentally safe, convenient, cost-effective, and secure way to
dispose of unwanted and expired medicines is the POD Program.


Put Your Pills in the POD!